0 products in your cart Stylish toy with squeaker and a durable texture for your dog to enjoy. Great snuggle companion!

Why we love it:

Advice: Pets should be supervised while playing with this toy and please remove all labels before giving it to your pet. Thank you for submitting a review!

Your input is very much appreciated. Share it with your friends so they can enjoy it too!

My pug loves this toy, carries it all over the place, eats, sleeps and lives it. This is his 3rd one, nothing else gets the attention. Only wish it was a bit more sturdy.

Was hoping to buy a couple corduroy bears, but you didn’t have them. Getting anymore in stock? 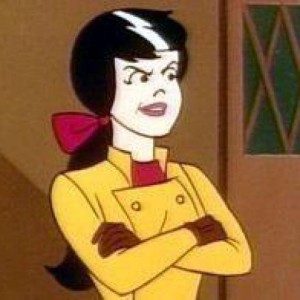 The best way I can describe how much our greyhound Zephyr loves this toy is that she actually named it. After we brought our first one home (we're on our fourth now), Zephyr was immediately attached to it, dragging it everywhere with her, starting in the store where we bought it. A few days later, my husband asked Zephyr if her toy had a name; he listed off dozens of different names to vacant stares until he said "Petey". Zephyr bounced up with her sloth and threw him up in the air, and then proceeded to race around the house like a little fiend. My husband asked again if that was his name, and she tossed him up again, this time at him. From that day on, he's been known as Petey. And even though we're on Petey #4 (we've started calling the successive Peteys "Re-Peteys"), Zephyr still loves him as much as she did the first day. Please never stop making this toy--it's more than just another stuffie. It's our furdaughter's bestie!

Questions? Please write us at: store@nandog.com

Sign up to receive infrequent emails about sales, special deals, and new releases.

Wait! Would you like to take 30% off your ENTIRE order? To whom and where shall we send the coupon to?